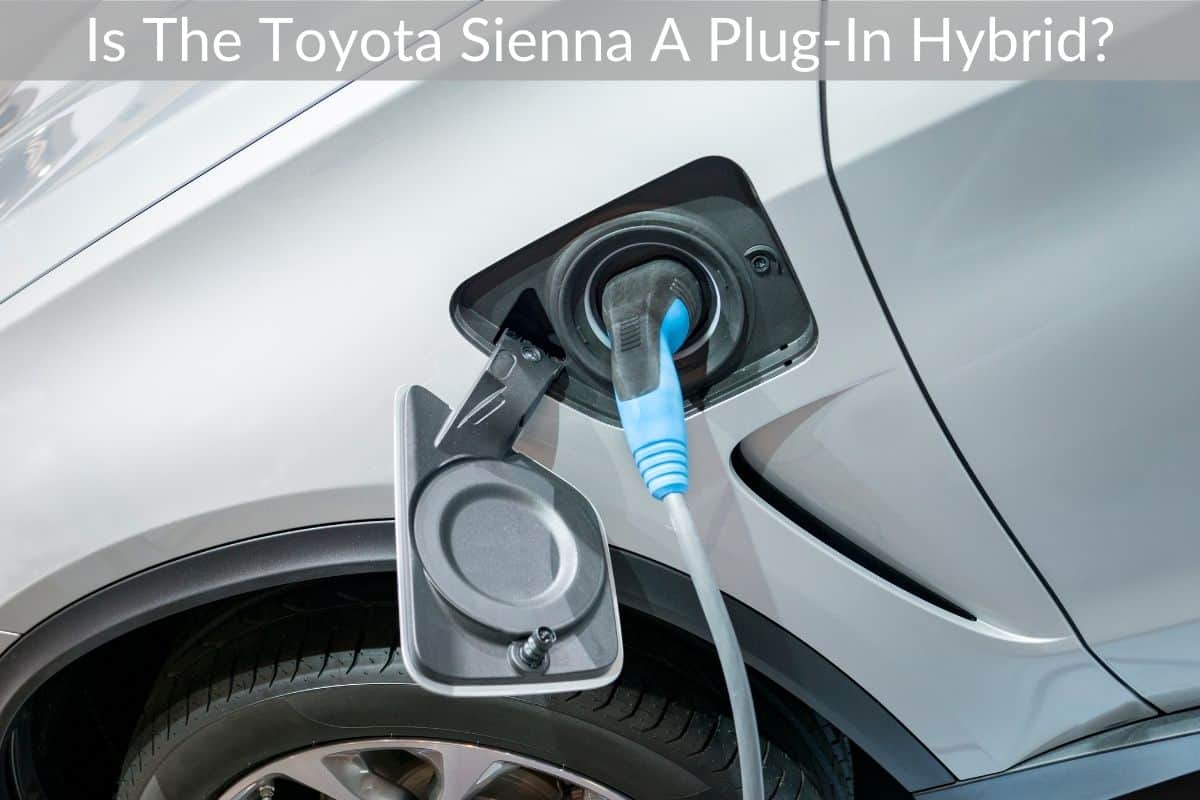 According to newsweek.com, the Toyota Sienna is the top-selling minivan on the market today despite the new features that aren’t loved by all. It purposely looks like an SUV but contains the interior space of a minivan and saves significantly on fuel efficiency thanks to the 2.5-liter four-cylinder engine and two 245-horsepower generating electric motors.

But is it enough for consumers?

Well if you are wanting even better fuel economy you can get the Sienna as a hybrid. But is it a plug in hybrid or a normal one?

The Toyota Sienna range is not offered as a plug-in hybrid. All the Sienna hybris models are more traditional hybrids and since 2021 now use a system called the Toyota Hybrid System II to charge the electric battery while the car is being driven.

Many Sienna fans and Toyota fanatics were outraged when the all-new 2021 Toyota Sienna was released as a hybrid-only vehicle. Although this is better for the environment and works towards Toyota’s goal of eliminating all non-electric vehicles by 2030, people just didn’t seem to be ready.

Another reason that some people are upset about the 2021 and the 2022 Sienna release, is that the Toyota Sienna is not a plug-in hybrid and if you read on below, you’ll find out why.

What Is A PHEV?

A plug-in hybrid electric vehicle (PHEV) operates with an electric motor powered by batteries and another fuel source (typically gasoline) to power the internal combustion engine.

Typically, plug-in hybrids are charged with the use of a wall outlet and charging equipment. Plug in hybrids generally run on their electric power and only automatically switch over to the internal combustion engine once the battery has almost run out of juice..

Plug-in hybrids need to be refueled and re-charged to be able to run efficiently. If you can plug it in and put fuel in it, it is a plug-in hybrid electric vehicle.

Here are the benefits of a plug-in hybrid electric vehicle:

What Is A HEV?

The energy the vehicle uses to brake is captured and stored by the electric motor that uses this energy to charge itself.

2021 and 2022 Toyota Sienna’s use two electric motors in their all-new hybrid-only minivan design.

There are numerous benefits to owning a HEV:

Is Toyota Sienna A Plug-In Hybrid?

The Toyota Sienna range of vehicles are not plug-in hybrids. Instead, Toyota has designed an electric vehicle that needs no wall outlet or charging equipment and is powered automatically while the car is driving.

Hopefully by a human and not on its own.

This is a very common battery system in larger vehicles like campers that use a dual converter battery system that charges automatically while driving. The converter charges what’s known as a leisure battery, usually 12v, so that electronics can be used in the camper when camping off-grid or living in the camper full time.

Toyota Sienna fans have been torn since 2021 regarding the newest features the Sienna offers. One of those features is the non-plug-in hybrid is the only option in the Toyota Sienna range. While this is great news for the environment, some Sienna fans still want the power of a non-electric option in vehicles.

The 2021 Toyota Sienna offers four “drive modes” for the driver to choose between:

So the driver has the best of all four worlds and can still save on fuel economy and CO2 emissions drastically as well as getting approximately 500 miles on the odometer before needing to refuel.

The latest release of the 2022 Toyota Sienna is also now only offered as a hybrid-only vehicle and Toyota has removed the fuel-only option from the market. This falls in line with Toyota’s promise to try and make all of their vehicles electric by 2030 – 2035.

I have to say, personally I’m on board with or without the horsepower Sienna fans were hoping for.

Here are some details about the Toyota Sienna that might keep you on board with this top-quality vehicle regardless of Toyota skipping the plug-in option:

Both plug-in hybrids and non-plug-in hybrids have their advantages. Both are helping to maximize the driver’s fuel economy, and both are preventing a higher amount of carbon dioxide emissions from being released into the air.

Here are some similarities and differences between plug-in hybrids and gasoline-only hybrids:

The Alternative Fuels Data Center reports that non-plug-in hybrids can continue to charge and power aux wires through the regenerative braking system and reduce engine idling when the car is stopped. These elements assist in producing greater fuel economy and do not result in performance issues.

A hybrid without the plug-in option is still a great solution for those who are considering moving from a fuel-only vehicle to an electric vehicle and don’t want the extra stress of needing to charge the battery and refill gas.

While the plug-in offers more horsepower, the fact that the 2021 Sienna is still one of, or is the top, selling minivan on the market today shows that horsepower is not what everyone is looking for in a family car.

While electric vehicles (EV) are on the rise and many vehicle manufacturers are slowly getting onboard with the requirements to limit our carbon dioxide footprint on the Earth, something called “range anxiety” is keeping some people at bay.

Toyota has continued to provide electric-gas hybrid vehicles to reach a wider market and to provide consumers with confidence that their mileage and fuel-efficiency will get them the necessary miles without having to spend more on fuel.

Even without a plug-in option, the Toyota Sienna offers excellent fuel economy and is still a favorite family minivan on the roads today.