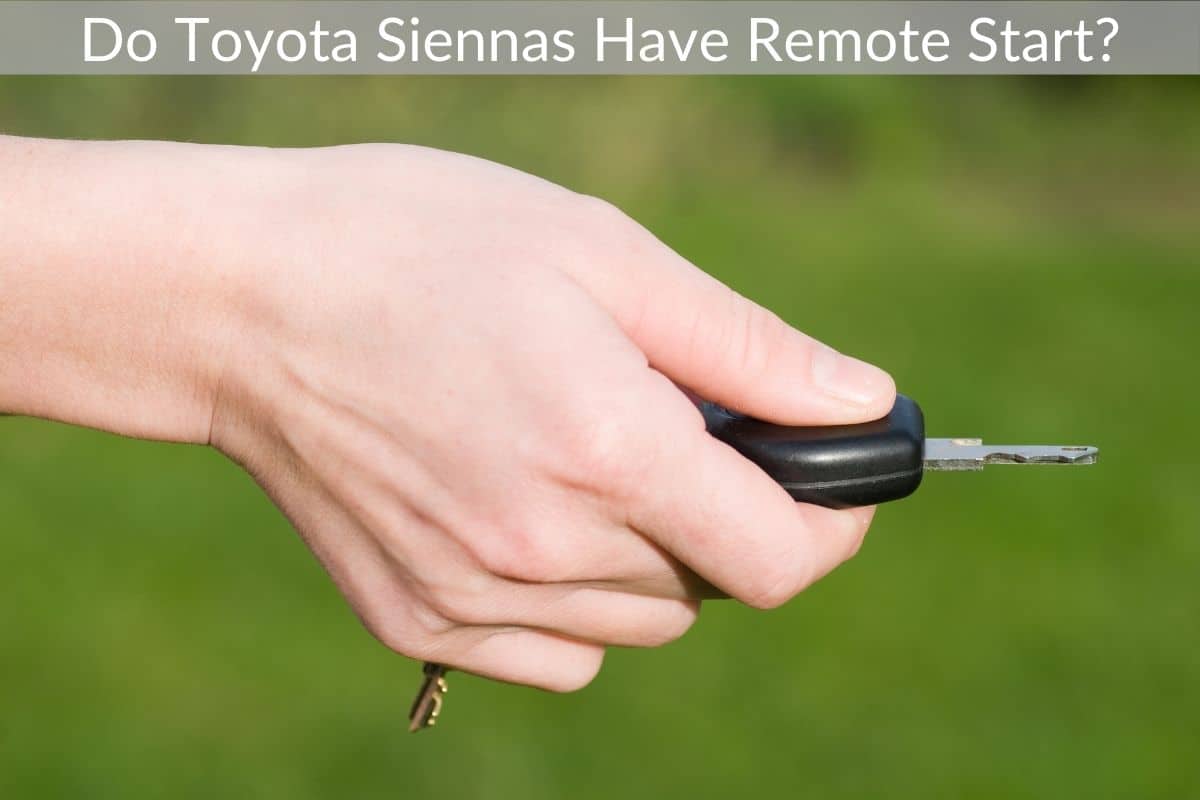 Remote start is a fun feature in vehicles that came into fruition around 2010. Many trims and models have now implemented remote start as a standard feature or an add-on accessory for those who feel it may be valuable to them.

Toyota is always up to date with the latest technology and innovation in the 20th century. Founded in 1937 Toyota is one of the oldest and longest-running vehicle manufacturers in the world.

Toyota has been known, worldwide, to implement stunning safety and advanced technological features in many of their cars. The latest release of the 2022 Toyota Sienna is no exception.

What Is Remote Start And Is It Safe?

Car remote start is a system that permits the owner of the vehicle to start the vehicle remotely. Meaning the owner can start the car by using a handheld remote or small button on a keychain remote that sends an electronic signal to the vehicle whilst at a distance from the car.

In short, you can start your car without needing a physical key turned in the ignition.

I think we can all agree that this is a convenient feature to warm up the car before having to leave the house on those cold winter mornings.

In fact, this is one of the main selling points for a remote starter. Although practicality is also a huge selling point in that pre-warming the car can help to defrost it and save you plenty of time.

Like all technology, there are some advantages and disadvantages to a remote start in any vehicle. Remote start is safe, but it does have its downsides and, in some states, it’s legally not advised to be used at all.

Does The Toyota Sienna Have Remote Start?

Toyota implemented remote start in their Sienna models in the year 2015.

Remote start did not come as a standard feature in any Sienna range until 2016 and had to be purchased as an extra package for an additional price.

Without question, Toyota is one of the top-quality vehicle manufacturers in the world and is known for its award-winning engines, best practice safety features, and technology innovation.

Toyota first introduced remote start to their vehicles in 2010

In 2011 Toyota developed and employed an applications and data system called Entune so that consumers could connect and use the technological features of the vehicle easily.

Today Entune has been developed into its third generation EntuneTM platform so that all of the features in your Toyota vehicle can be controlled not just by a remote device but can also be controlled by your mobile smartphone.

It’s pretty insane and futuristic technology as far as the 20th century goes.

The key fob that comes with the Toyota Sienna remote engine start will give you the ability to control the engine start/stop function and can activate all temperature settings including defrosting.

Once connected to the Entune app on your smartphone, you can control all of this from your phone too.

Which Sienna Models And Years Have Remote Start?

If you’re unsure if your Toyota Sienna has remote start, I would recommend getting the vehicle identification number from your front driver side door and inquiring with your dealership. Alternatively, you can check your vehicle owner’s manual or your purchase paperwork from when you purchased your vehicle.

If you have purchased a Sienna and it came equipped with the Entune 3.0 Audio Plus or 3.0 Premium Audio, you most likely have a remote start accessory.

You can watch this video by Toyota Jeff Reviews to find out how to use your keyless remote and we have the following information on which Sienna models and years have the remote start feature!

Here are the Toyota Sienna years and models that come with a remote start:

These offer 100% plug and play installation with super easy to follow instructions and only require that you have a 2011 – 2014 model Toyota Sienna with normal key start ignition, automatic transmission, and is not a push start model as their kit is not compatible.

Remote start is available for the 2016 Toyota Sienna and is standard on selected trims only.

Remote start is available as an accessory

Remote start is available as an accessory

Every 2022 trim level will come with a standard remote start feature through Toyota’s connected services platform.

While the Toyota Sienna remote start feature is convenient, owners need to know that using remote start can have disadvantages to the environment and your vehicle.

Having the remote start feature installed in your Sienna can improve the resale value but only if you continue to maintain the vehicle and don’t damage the engine with its remote start.

Toyota Sienna trims offer exceptional features in all of their latest releases and if the convenience of remote start appeals to you then you’ve found the right hybrid minivan for you and your family.

link to Best Oil FIlters For A 5.7L Hemi

Oil filters are a big investment, and you want to make sure that you have the right one for your engine. There are a lot of different types of oil filters out there, and some are better than others....

Your vehicle's parts will need to be maintained and cleaned after a period of use. Cleaning some components, such as motor and fuel transmission systems, necessitates the employment of specific...