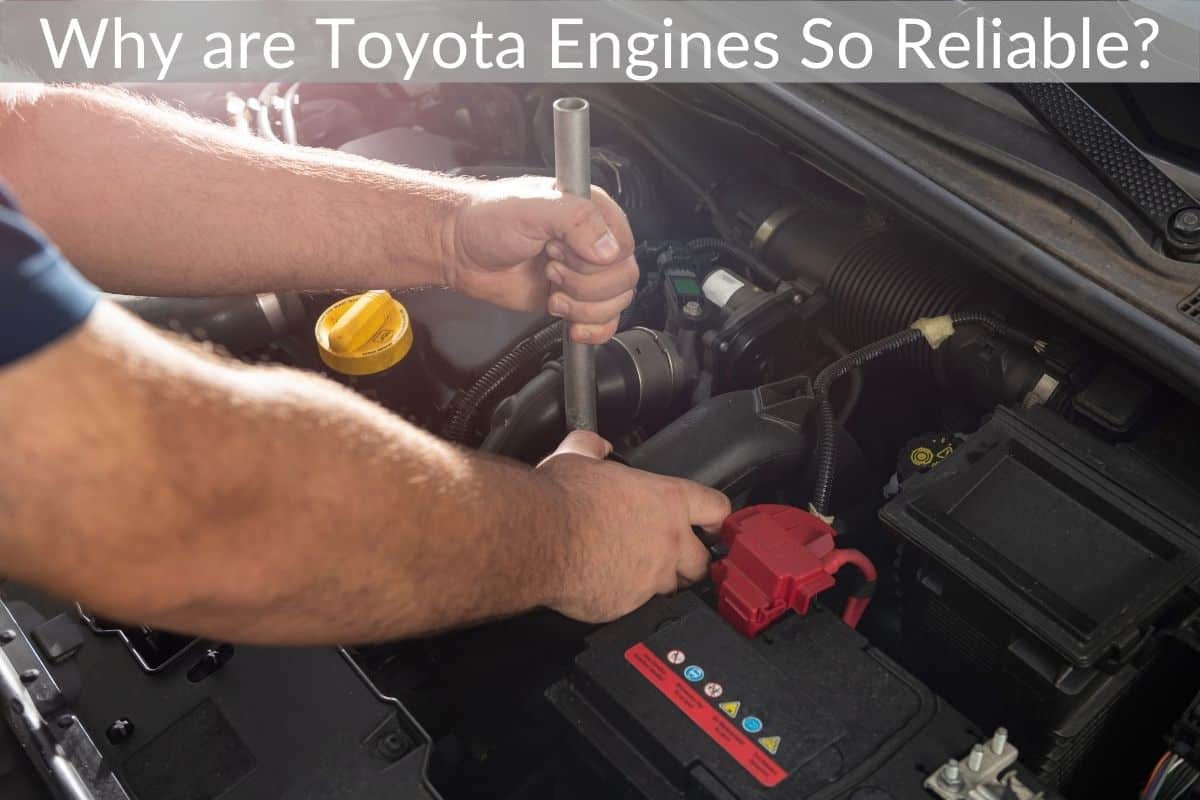 If you have been paying attention over the last couple of decades you have likely noticed many Toyotas seemingly lasting forever. Toyota’s engines are considered the most reliable in the industry, making us wonder what makes their engine so reliable?

Toyota engines are reliable because their focus has always been on safety over aesthetics. The research and development team from Toyota focus on ensuring everything that they put out is reliable and lasts as long as possible.

It’s no wonder that Toyota has maintained such a high reputation for reliability for so long. If you are looking for a high-quality car that gives you outstanding performance without any troubles, you should certainly consider Toyota vehicles.

In the rest of this article I will go into more depth about Toyota engines and what it is about them that makes them so reliable when compared to the competition.

Toyota is well-known for not just its reliable engines but also outstanding engineering and cheap maintenance. The company makes quality and safety standards the highest priority for each and every component of the engine, resulting in higher reliability of the engine.

Even Toyota cars launched as far as 20 years back can still be seen on the road with their engines running almost as good as new.

Below are the major reasons why Toyota’s engines are so reliable:

Safety and Durability Over Exterior Appearance

While the majority of automobile manufacturers have been competing to offer innovative features to their target audience, Toyota takes its time to implement any new feature they come up with. New updates are only implemented and launched after thorough research to ensure its safety and reliability.

Toyota cars don’t produce as much speed, power, or torque as some other cars on the market as the manufacturer prioritizes functionality over appearance.

The engines are made to be low stress. They can manage a good amount of power, but they use that power to reduce the stress that helps in enhancing the engine’s life.

Toyota vehicles might not be as exciting as other vehicles, but they beat out almost all other vehicles when it comes to safety and durability. The company also focuses on fuel efficiency to enhance its engine reliability.

Toyota focuses more on providing a higher and more efficient function of their vehicle’s engine. This company gives more significance to function than form.

Toyota’s customers prefer this brand for its enhanced handling, superior comfort, and outstanding durability of not only the engine but also all the mechanical parts.

The majority of Toyota models have aspirated engines that come with standard automatic transmissions instead of the turbocharged engines of their competitors. Their simpler engine design makes it less likely to get damaged or overcharged.

As a result, the longevity of the engine and other mechanics of the car also increases.

The vehicles produced by Toyota are undoubtedly long-lasting because the company refuses to sacrifice quality and safety no matter what. This is thanks to a strong innovative management system of Toyota, which has relied on multiple innovative methods over the years for desired results.

Some of these methods include:

• Six Sigma – quality improvement through elimination and detection of defects and reducing variability based on statistical and empirical methods.

• PDCA – Plan, Do, Check, Action. This has been a standard means of improvement for Toyota.

Every Toyota model focuses on tiny innovations and continuous improvement, resulting in outstanding reliability and durability of the engines. The company constantly checks the prototype of engines to failure and modifies any weak spots until the goals are met.

Toyota has created numerous types of engines in multiple models throughout the years. The company’s engines are so successful that they are also used in subsidiary cars and models.

Let’s have a look at some of their most popular engine models:

This is a 4-cylinder 1.8 L inline engine introduced in 1999 that stayed in use until 2006. Many of the models with this engine are still running strong.

This engine is so successful that it was also utilized by Lotus, a British sports car manufacturer. The engine is powerful, modifiable, and simple with its small displacement and size.

This is a 6-cylinder turbocharged engine that also gained immense popularity. It has aluminum heads, a cast-iron block, and the smoothest acceleration you would find in a twin-turbo engine.  It has the ability to push out around 2,000 hp.

This is a 4-cylinder engine, which isn’t too powerful, but it is still very reliable. It has cylinder heads, lightweight aluminum block, and AVCS (Active Value Control System) on camshafts that give out a 12.5:1 compression ratio.

The next one is for a sports car, but it is too outstanding to leave out.

This is a 4-cylinder 4.8 L racing engine that creates 553 hp. This engine is only available in the Lexus LFA, the luxury division of Toyota.

This high-performance engine was co-developed by Yamaha. The company used a 72-degree layout instead of 90-degree premises that other carmakers rely on.

The majority of consumers prefer Toyota mostly because of their reliability, less potential for breakdown and damage, and how the vehicles can stand the test of time. Along with the excellent after-sale maintenance service, Toyota is certainly one of the best auto brands you can purchase from.

Toyota cars have outstanding longevity due to their reliable engines.

The company’s strict approach to innovation and focus on safety is the major reason behind its reliability. Toyota’s quality management ensures that each and every engine is up to their required standards before launching any model.

These are just a few of the many reasons why Toyota engines are so reliable.

When you buy a car, you shouldn’t just look for an appealing exterior, you also want to make sure that your car will last longer and run smoothly. If you want to get the most out of your auto investment, then Toyota is the way to go.