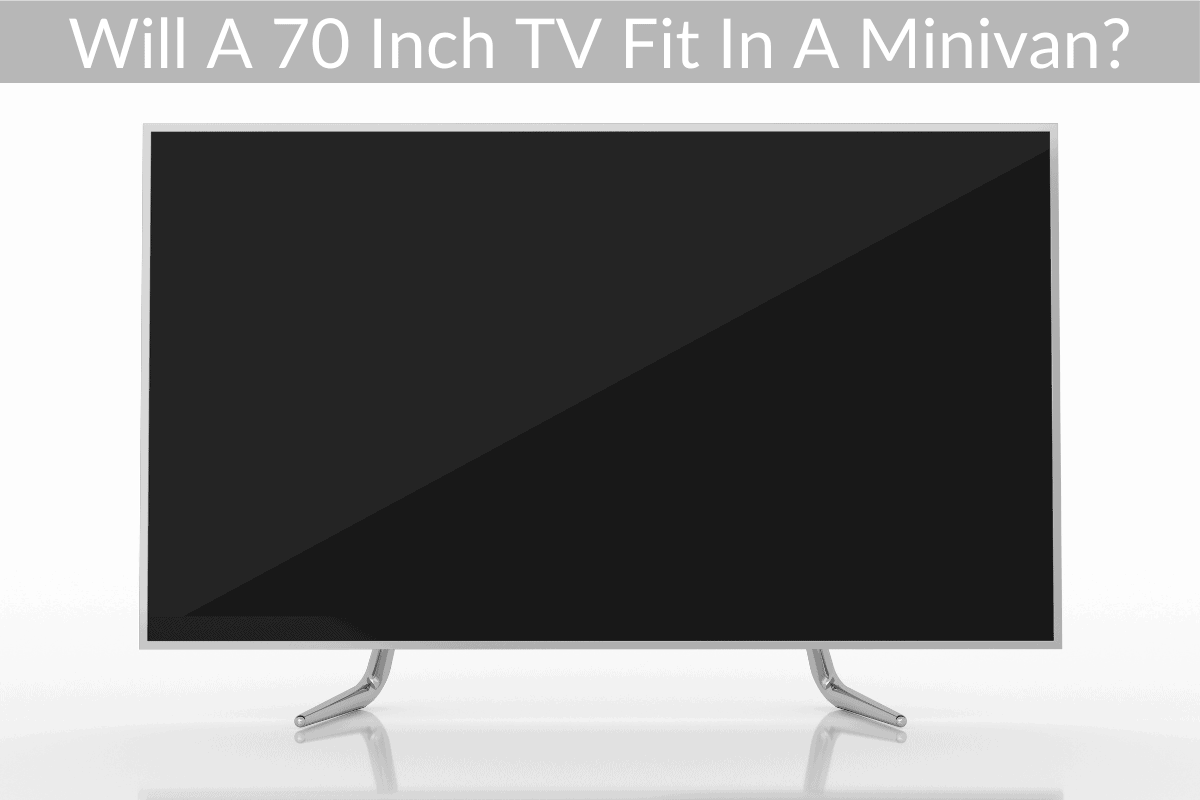 Minivans are incredibly useful vehicles which is why they are so popular with people who have families. Being able to fit all kinds of people while also hauling a wide variety of different items is what helps make a minivan stand out from all the other vehicles on the road.

Sometimes people will buy something from the store and then realize it won’t fit inside of their vehicle. This happens often if you have a car or small SUV but with a minivan it is a rarity.

A 70 inch TV will fit inside of your minivan without any problem as long as you lay down or remove the 3rd row seats. The 70” TV will be about 40” tall when inside the box and the interior of the minivan is 45” tall so you will have plenty of clearance.

You will have to turn the TV slightly to the side to get it to fit through the rear door but once it’s passed that then it can stand back up and slide between the 2nd row seats (assuming they are separate captain’s chairs).

If your 2nd row seats in the minivan is a bench seat then you will need to remove it so that you can fit the TV inside. Bench seats are rarely seen nowadays in minivans so you likely won’t have to worry about this.

It’s best to transport a TV upright according to the manufacturer so sliding it between the two second row seats means you can do that easily while still fitting 4 or 5 people in your minivan too!

Can you lay a flat-screen TV on its side inside a minivan?

As mentioned above, most manufacturers will tell you that it is better to transport the TV standing up than having it laid down. This is because the TV is designed to be standing up all of the time and is rarely laid flat.

However, just because it is not how the manufacturer suggests you do it that doesn’t mean you can’t. Many people (myself included) have transported TVs from the store to their homes while they were laid down abd didn’t have any issues with the TV.

Personally I’ve even travels cross country with multiple TVs laying down in the back of my minivan and neither one were damaged even after being in the vehicle for multiple days.

The answer to whether it’s absolutely okay to lay a flat-screen TV down flat on its side is a yes. You aren’t going to damage the internal workings of your flat-screen TV by laying it flat so there’s that.

However, the screen will carry a lot more weight than its intended to when the TV is laid down flat so if you don’t have a choice and have to haul it when it’s flat then you will want to make sure that the screen is facing up and not down (even if it’s inside the box still).

How do you transport a TV safely in a minivan?

Here are the best steps that you can take when you need to move a TV inside of a minivan. The steps below are assuming that this is a used TV and not a brand new one from the store.

How can you transport a TV inside a minivan without a box?

Assuming you no longer have the original box or you are unable to find a TV box from anywhere else then what you have to do is wrap the TV with a moving blanket or two depending on how large your TV is.

Wrap the TV with the blanket/blankets and secure the blanket with tape for the most amount of protection.

You can also use bubble wrap and tape as well but that will typically be more expensive than just using a few thick blankets.

Once you have the TV in your minivan you will then need to have someone hold it steady to make sure it doesn’t tip over. What many people do is slide it between the 2nd row seats and then have someone sit in one of them to hold the TV steady.

If you have your minivan packed full of other boxes then you will want to put your TV flat on top of them to prevent the boxes from shifting and crushing the LCD/LED panel. If you are only moving your TV in the minivan however, then keeping it standing up will work the best.

A 70’ TV will fit inside a minivan no matter which make or model that you own. For instance, for a Toyota Sienna minivan, having a 70 inch TV fit inside it would not be an issue. All you need to do is lay down the third row seats into the floor and then slide the second row forward to lay it flat on the floor or slide it in between the two second row seats.

Some people even say that you don’t have to worry about laying the seats down and you can just slide the TV on top of the seats. While this would be an option based on the size it isn’t recommended because the TV will get a lot of extra bouncing and friction only at certain points which could easily damage the screen.

Some people say a TV shouldn’t be laid flat at all while you are transporting it but honestly, it doesn’t matter in virtually every situation. Customers have transported it that way for years now and it works just as fine as long as you aren’t going off road or driving up and down a mountain!

However, if you want to be extremely careful you can always use a delivery service to have the TV delivered to your home. It will cost some money but that’s a lot better than travelling all the way with constant anxiety about having your TV broken while you are trying to bring it home.