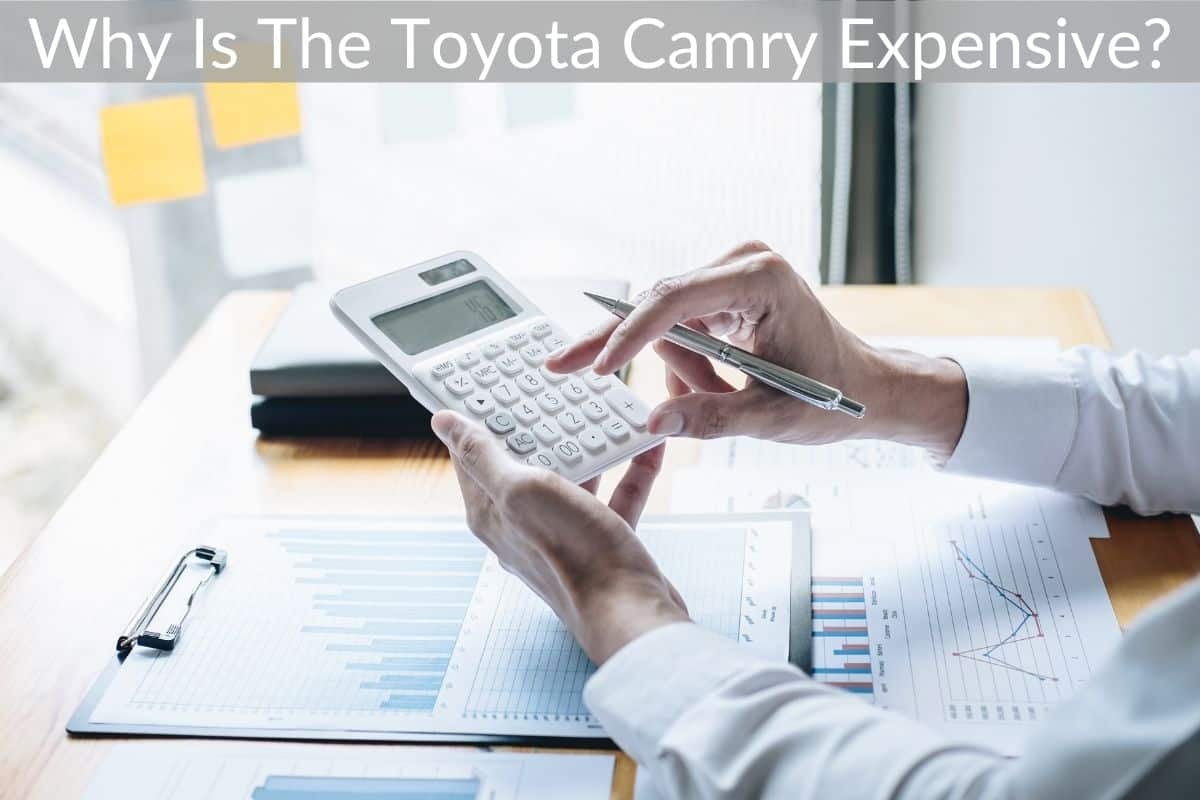 Are you thinking about getting yourself a Toyota Camry? Are you wondering which model is the best or why they seem to be quite expensive? Well, you’re not alone.

Millions of people love the Toyota brand because it produces reliable and affordable cars.

For many years, the Toyota Camry has been one of the most popular car choices for many families across the United States and even around the globe. It comes with a spacious interior, excellent reliability, durability, and very competitive and economical fuel consumption.

The Camry offers a balance of size and value. The newer models come with high-tech features, a comfortable design, and just about everything you could want in a sedan.

It’s no doubt that this has been a popular model since its debut in 1983 and remains one of the best-selling vehicles ever.

However, anything this reliable comes at a price, and the Toyota Camry is no exception. Though cheaper than most luxury cars, it is on the higher-end of the sedan spectrum, but why is that?

Toyota Camrys are expensive because they are high quality vehicles. They are made to last many years and some of the older ones are still going strong after multiple decades.

For high quality parts and engines you will have to pay a premium.

Cars like the Toyota Camry belong to a segment that has seen a decline in popularity over the last decade. The Toyota Camry is also expensive because of the lower demand in the market.

Additionally, in many of their factories, Toyota has decreased its investment in manufacturing parts for the car. Instead, it imports them, increasing the vehicle’s overall price because of the taxes that are passed down to the consumer.

Moreover, the newer Toyota Camrys come with many advanced features that have driven up manufacturing costs.

To see the most popular car gadgets and accessories just click here.

What Do The Toyota Camry Trim Level Names Mean?

A simple way to understand the basics of the Toyota trim naming scheme is that all models that start with “L” are low-level trim levels. The models that begin with an “S” are mid-range cars, and if the first letter is an “X,” then the vehicle is considered to have a high-level trim.

You might have come across the term trim level, but what does it all mean? Simply put, the trim level identifies the number of safety features, interior technology, comfort, and convenience features that the car has.

So the higher the trim level, the better the features the vehicle has.

For the most recent Toyota Camry, the trim levels are organized from the lowest to the highest as follows:

What Problems Do Toyota Camrys Have?

Like any car, they are bound to have some issues. So I figured it would be a good idea to discuss some common issues you’ll likely find in Toyota Camrys.

The Toyota Camry models manufactured between 2006-2011, in particular, have engines that burn oil at a rapid rate. Many owners reported that their cars use as much as a quart every 1,200 miles and constantly need to refill them.

Additionally, there are often no signs of internal or external leaking, meaning there is a defect in some of the engine models.

In fact, Toyota released a Technical Service Bulletin in 2011, acknowledging that the engines on some Camry models were consuming excess oil. Additional problems that are connected to excessive oil consumption include:

● Smoke pouring out from the tailpipe

There have even been reports of engines blowing up or knocking because of low oil levels in some extreme cases.

Some Toyota Camry models from 2000 to the present have had transmission problems. Multiple owners have filed transmission fault complaints.

Some issues with the transmission that have been reported include:

● Transmission slipping in and out of gear, causing the car to accelerate or decelerate erratically. Additionally, there have been reported incidences of the gears switching with no action from the driver.

● Difficulty in shifting gears where the transmission process is rough and difficult.

● Delayed engagement where the gears are slow to engage. At times some owners have reported that the transmission will not respond at all.

● Vehicle shudders/vibrates at low speeds taking away from the comfort of the car.

You might find that some models of the Toyota Camry have issues with the braking system. Some owners have reported the following issues:

● Intermittent brake failure where some owners have had unresponsive brakes, which tends to be very dangerous.

● A brake warning light or (ABS) comes on repeatedly, which is dangerous because this system prevents the wheel from locking up when you press on the brakes. If the ABS light is malfunctioning, this means the brakes will not engage. However, some Camry’s ABS light may come on for no reason due to a faulty ABS computer or a broken wheel sensor.

● A soft brake pedal that has to be pumped multiple times to get a response.

● Stiff brake pedals need a lot of effort to get them to respond.

● Some owners reported that their Camry shakes violently or makes lurching movements when they press the brakes.

Is The Toyota Camry A Good Car?

Now that I’ve shown you a few problems you might encounter when purchasing a Toyota Camry, is it a good car?

Despite the overall decrease in demand for sedans, the Camry still outperformed other sedans and SUVs when looking at the most recent data.

The Toyota Camry is a good car that is designed to last many years (even multiple decades). If you need a reliable vehicle you likely won’t go wrong if you choose a Camry.

I’ll start with an overview of one of the most recent Camrys from Toyota.

The 2021 Toyota Camry is a great midsize car with lots of standard safety features and a user-friendly infotainment system. It comes equipped with sharp steering for a smooth ride.

It can easily accommodate five adults in its spacious interior, which provides plenty of legroom and headspace.

So is it a good car?

Definitely, the Toyota Camry is a good purchase despite issues with some of the older models. It is a well-rounded vehicle, but if you can afford it, I would advise that you purchase the newer models, which score high on the trim level.

If you cannot afford a new model, there are thousands of second-hand vehicles at your disposal. However, there are things that you need to watch out for when you purchase a second-hand Toyota Camry.

Should You Buy A Used Toyota Camry?

Suppose you’re trying to get away from high car payments or are looking for an excellent option for your child. In that case, a used Toyota Camry can be a great option if you know what you are looking for.

While you may not get access to all the new safety, technological and comfort features, older Toyota Camrys are much more inexpensive than new ones and can be a real bargain.

In fact, you can upgrade some of these features for a fraction of the cost of a newer car.

However, be mindful that some pre-2010 models can be an absolute maintenance nightmare, especially if they have one or two of the problems that I’ve mentioned above. This means you could end up buying a used Toyota Camry for less than $5,000 but spend hundreds or thousands of dollars repairing it.

The 2007, 2008, and 2009 models of the Toyota Camry are relatively affordable, but they can be an absolute nightmare to maintain. So you may end up buying a cheap car that costs you thousands of dollars to repair.

What Is The Best Toyota Camry To Buy?

According to a recent survey by Consumer Reports, the best Toyota Camry years are the 7th generation series. So anything from 2013, 2014, and 2015. These three years stand out because they scored 5 out of 5 for reliability. Furthermore, the models from these years had the fewest recall numbers, much less than the average for most Toyota Camry models.

Additionally, the Camrys from these three years had a score of 4 in terms of customer satisfaction. Complaints are relatively low, and they are well priced, ranging from $9,000 to $14,500 for the higher-end 2015 models.

Which Toyota Camry Years Should You Avoid?

On the flip side, you might want to stay clear of the 2007, 2008, and 2009 models. Like I’ve mentioned before, they are a nightmare to maintain. These models have some of the highest recalls as well.

They have by far the most complaints ranging from excessive oil consumption to complete engine failure.

A Toyota Camry is one of the best sedans in the world. The newer models are pretty expensive because consumer tastes are turning more towards trucks and hatchback types of cars.

This has decreased demand for the once-dominant sedans. Additionally, the newer models come with many advanced features that have driven up the cost.