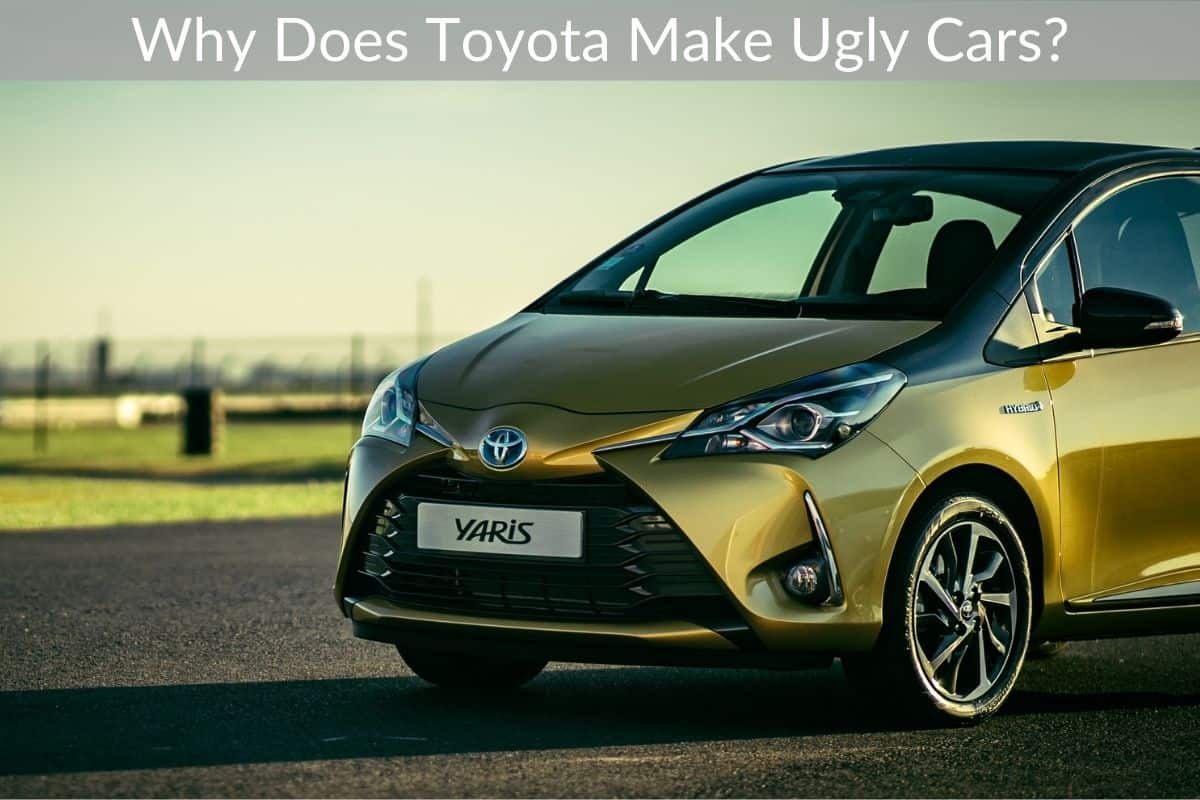 Toyota has a reputation for making reliable cars at affordable prices. This has earned them a legion of loyal fans.

However, there is one problem. The brand also has a reputation for producing ugly vehicles.

But why are so many of their cars unattractive?

When a new Toyota is being created, the company is more focused on how functional and practical it is. Reliability is the key selling point of their vehicles. Because of this, creating a visually pleasing design can sometimes be overlooked.

Obviously, beauty is in the eye of the beholder. However, the consensus is that the design team at Toyota has a few issues.

They are often slow to change with the other modern cars and so even their latest models can look dated even when brand new. However, there is actually a good reason for the lack of changes in design.

They focus on reliability and build quality rather than the latest design styles.

Keep reading to learn some of the reasons why this might be the case. To see the most popular car gadgets just click here.

To understand this, we have to go back in history a little bit. Previously, Italian and American brands dominated the market.

They attracted drivers because of their sleek designs.

But these models were often unreliable. That created a market opportunity for the Japanese manufacturers of Toyotas. They wanted to make an everyday car that would last for a long time.

Because of their reliability, people started to switch to Toyota.

This attitude continues today. If people are looking for a flashy sports car, they will turn to brands like Lamborghini and Porsche. But if they want to get an everyday driver, they want the reliability of a Toyota.

As long as they can deliver a durable car, the exterior will become less important.

Another issue that might contribute to the design problem at Toyota is their connection to Lexus. This is the more luxurious brand, selling at a higher price point.

However, they have also attracted criticism for aspects of their designs. More specifically, the large grill.

This has become a core part of Lexus’s brand, featuring prominently in several cars. However, it has started to make its way into Toyotas.

This grill has proved to be divisive. Some people love the approach. Others don’t.

The Lexus general manager has stated that he has had 45-minute conversations with customers who were complaining about the grill.

Despite their dissatisfaction, this has become a core part of the Lexus brand. Because of this, the company isn’t going to change it.

What is the Ugliest Toyota Car?

Like most car manufacturers, Toyota has made a lot of cars over the years. These haven’t always been the most stylish options available.

Some of the most notoriously ugly designs include:

Toyotas Are Boring By Design

A lot of money is spent on designing a car. After all, you want to make something that people will be excited to drive. This is no different with Toyota.

Because of this, it’s worth thinking about what their designs are trying to convey. Some, like the Prius, are designed to look futuristic, to show off their hybrid technology.

But, in most Toyotas, there is something dull about the design. Some have suggested that this could be part of their design. A slightly boring design reinforces the idea that it will be dependable.

So far, we’ve poked fun at Toyota’s design choices. While their car designs might not be the most exciting, there are a lot of people who are happy to drive Toyotas.

After all, they are packed with useful technology and features. Plus, they come at an affordable price.

There are also a few Toyota cars that look great. These include:

How stylish or ugly Toyotas are is subjective. Some people love the design of the Prius. Others think they are hideous.

If you drive your Toyota, and love the way it looks, that’s great. But for those who can’t stand their looks, it can help to consider the rationale behind the way the cars are designed.

They are built for practicality, rather than to be stylish. It’s unlikely that this will change. For better or worse, the look of their cars has become synonymous with their brand.