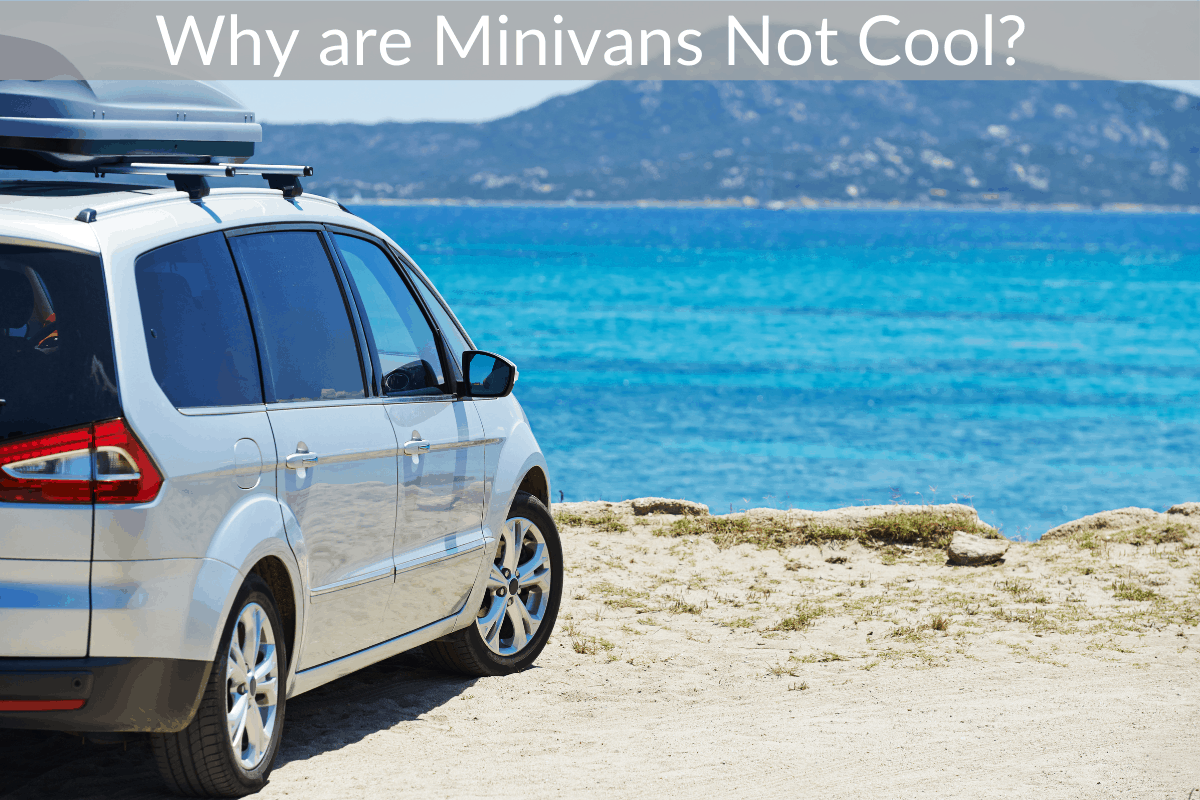 When people think of their dream car or want to get a cool car they don’t usually go for minivans. There has been quite a stigma against minivans, for many years now but why is that? Is there a reason that minivans aren’t cool?

Minivans are typically seen as family vehicles with slow acceleration and horrible designs which is why they aren’t considered to be “cool” vehicles. In recent years minivans have improved in the area of design and acceleration/power but the “uncool” stigma still remains.

Honestly, no one dreams of growing up and buying a minivan which is why many people deem them as not being cool despite their reasonable prices and many uses that they are perfect for. For example, to get an SUV that can haul as many people as a minivan with the same cargo space you would need to spend 50-75% MORE!

Despite their great usability many people just can’t bring themselves to buy a minivan as they have in their mind that people will look down on them or consider them to be “old” if they own/drive one. Since minivans are mostly family-friendly and practical, people consider a person who owns it to be a family-oriented person, who likely doesn’t have any sense of style and many of the minivans that have come out over the years bear that out with their style.

Truth to be told, minivans are very useful and affordable and although they probably will never be considered “cool” they are still an excellent vehicle for anyone with a family or that hauls things around regularly, Many people don’t mind the “uncool” stigma that comes with owning or driving a minivan since they are able to save so much money by purchasing one instead of buying an SUV.

To see the most popular minivan accessories currently on the market just click here.

Do minivans have a bad reputation?

When minivans first came out the style choice was either not thought about at all or the designers just didn’t care because honestly they were really ugly. In recent years that has changed a bit as the minivan designs have gotten better and better. However, many people just can’t seem to shake that old memory and so they talk bad about minivans and their owners.

Another thing that minivans used to be is “dogs”. Now obviously I’m not using that term in the literal sense but minivans used to be incredibly slow with slow acceleration which is another reason why many people refuse to buy them until this day. In reality some newer minivans will accelerate far faster than smaller 4 cylinder cars but the bad reputation has already been established and changing people’s minds is hard.

A lot of people don’t prefer to buy minivans or even drive them because of the way the minivans are considered to be uncool and the bad reputation that they have so driving one is likely to affect the way that those people look at you.

Minivans are considered to be for senior citizens or for older people with kids. Because of this stereotypical thought, young people find it uncomfortable to buy or choose a minivan for their vehicle. Somehow young people feel riding in a minivan would make them appear old or out of touch in front of others, which is completely wrong.

Though minivans are safe and comfortable and come with many of the same features as SUVs, they are still looked down at.

Why should you buy a minivan?

Although some people think that minivans are uncool or that they have a bad reputation there are many other people who feel like despite those perceptions a minivan is still a good vehicle to purchase.

There are quite a few things that these people will point out when explaining why a minivan is a great choice for your next vehicle.

Though minivans have the image of not being cool and stylish, they are 100% incredibly practical. Since it is a family-friendly vehicle, it offers far more practicality than many other vehicles on the market.

Minivans are known to be one of the most practical vehicles to exist.

You get plenty of room in the seating area and the cargo carrying space inside a minivan is unmatched by other similar vehicles. It’s even safer than SUVs, thus being a more preferred option when you go out with your family.

Not only can a minivan be used to carry 7-8 people but if you fold or remove the seats you can easily fit 4×8 sheets of plywood or drywall inside as well as couches, beds, and much much more!

A minivan really is like a truck that doubles as a people hauler!

When minivans first came out in the 1980s, they were in high demand. Hence, they were a bit expensive and quite popular. Now that their popularity has died off a good amount you can easily grab it at affordable prices. Even brand new minivans are available at affordable prices and you can often save 50-75% when compared to an SUV that is a similar size.

Saving money on such a practical vehicle are the two main reasons why people choose to buy minivans over SUVs or trucks.

Easy for kids (or older adults) to get in and out

Since minivan doors are closer to the ground when compared to SUVs and trucks, they are easier to be climbed into. Even small kids can easily get up and climb into their seats without needing assistance. This benefit is also helpful for older people as they don’t have to try and climb up (like a truck or SUV) or climb down (like a traditional car).

Minivans are easy to get into and it shows in the demographics that buy them.

Minivans have a large cargo-carrying space behind the rear seats and even under the second row floorboards (in some models) It has enough space for oversized strollers, coolers, luggage, or anything else that you need to bring with you on a trip.

If you need even more space you can fold and slide most of the seats which allows you to configure the rear of the minivan in a variety of different ways that will allow you to hold anything that you need.

Minivans come in a variety of models, each having different storage spaces and compartments. Some models provide storage space in the floor, which makes it a great option for trips. It lets you keep all your luggage in the floor, freeing up every ounce of space inside the vehicle, allowing people to sit and enjoy freely.

Because a minivan is best suited for families going on a road trip or people that haul a lot of things, they are thought to be out of fashion and uncool. Although this may be true in their minds, minivans have long ago shed the uncool style and bad acceleration and have become a great vehicle for people of all ages.