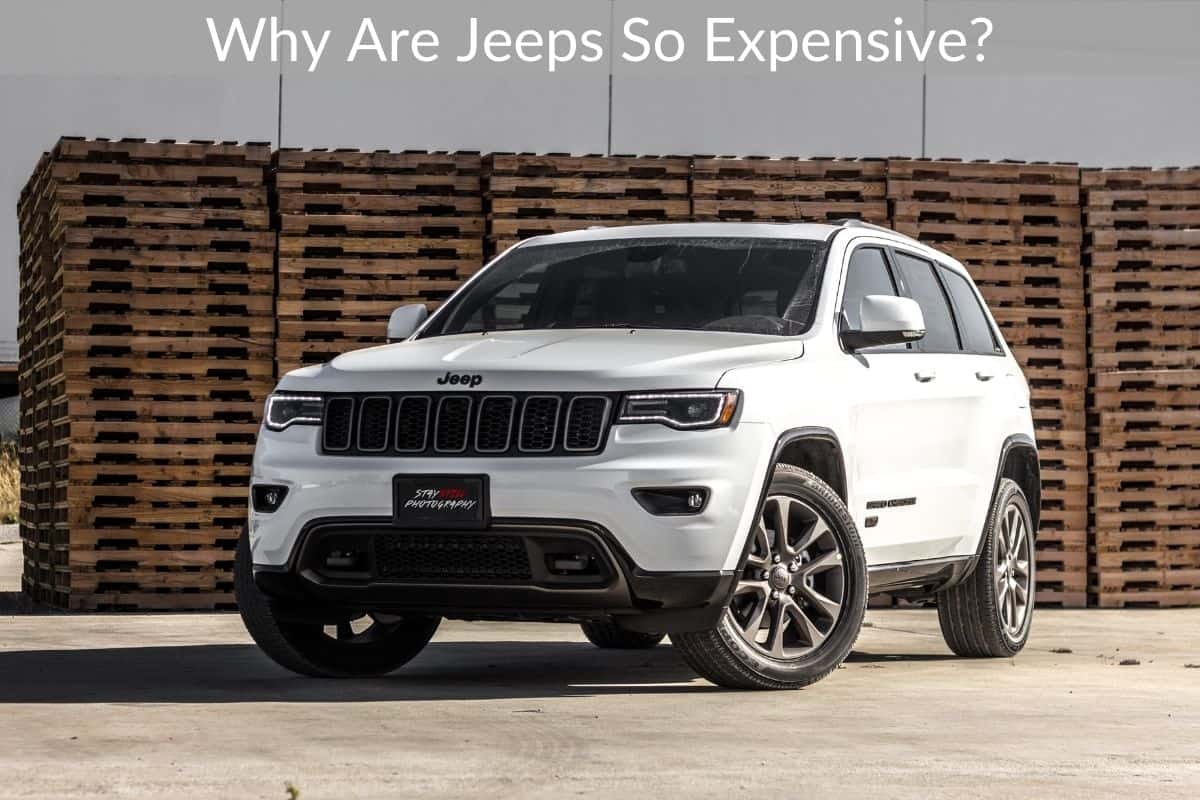 Picture this scenario: you’re traveling down a narrow, dusty mountain trail with rocky, uneven terrain in your rugged Jeep. You pass roads that snake through expansive deserts devoid of human life and hills steep enough to make the average Joe start trembling with fear.

But as you power through these trails, the only emotions you feel are pure exhilaration and excitement.

Sounds enticing, doesn’t it? What you need to do to make this dream of yours come true is to get yourself a strong and sturdy Jeep that can help you get through any brutal environment there is.

That’s easier said than done, considering that Jeeps are well-known to be incredibly expensive.

This raises the question: is the quality of this vehicle worth the steep price or is it more for the show? Does Jeep still live up to its brand image after all these years, or is the price unnecessarily high?

Jeeps are expensive because of their popularity, lack of competition, and their functionality. Ultimately it comes down to the fact that they have a large following which keeps the prices (even on used models) higher.

In this article, I am going to explore these questions by going into more detail about some of the major reasons why Jeeps are so costly.

So, without further ado, let’s get right into it! To see the most popular car gadgets just click here.

Jeeps have always been an all-time favorite amongst motoring enthusiasts, with the official Jeep brand ranking at 6th place in the USA in 2016. According to YouGov Ratings, the Jeep Wrangler, Jeep Grand Cherokee, and Jeep Cherokee are all included in the site’s list of the ten most popular vehicles in the United States.

With its masculine, rugged design and functionality, there’s a lot to love about these vehicles, even if you don’t plan to go off-roading every other weekend.

In addition to the comfort and facilities that Jeeps offer, they are some of the main reasons for the brand’s popularity. Since Jeep’s manufacturers and dealers are well aware of this high demand, they take full advantage of their customers by charging high prices for their vehicles.

Furthering this law of demand and supply, you’ll also note that the company keeps a very limited stock of Jeeps on the market. This decision has resulted in an even greater increase in the market price of Jeep models.

To delve a little deeper into the economic side of things, another reason why Jeep can get away with charging higher prices for a limited number of vehicles is because of the lack of competition that they face in the market.

Take the Jeep Wrangler, for example. While several other brands have tried to imitate its style, none have succeeded so far in posing much of a threat to its market share.

Additionally, the brand name Jeep carries a lot of rich history with it, which we will explore later in this article. This strong reputation causes competing car brands to pale in comparison to Jeep.

Reiterating the previous point, there are several characteristics of the vehicles manufactured by Jeep that justify the high price that you see in the market.

Let’s go back to the 2020 Jeep Wrangler, an awesome model that features removable panels and a removable roof alongside a diesel engine with great horsepower and sturdiness throughout its entire build.

The constant improvements made to these models are bound to drive up their market prices.

Offset the Cost of R&D

With all these upgrades being made to Jeeps each year, it is no surprise that the manufacturers need to spend a lot of their finances on research and development. Whether it’s figuring out ways to improve comfort and safety for the driver or an upgrade to the vehicle’s exterior design, the R&D department for Jeep certainly requires a high budget to work with.

On top of this, the Jeep company also has to deal with the increase in the cost of obtaining components of the vehicles, such as microchips. Looking at Jeep’s through this lens justifies the high price that is set in the market since it is necessary in order to offset the high cost of both its production and pre-production phases.

And as if all these impressive features of Jeeps aren’t enough, these vehicles also have a rich background that dates back to World War 2. The oldest versions of these Jeeps, also known as “Willys,” were used throughout the war to carry the soldiers through any kind of terrain.

Along with transporting people and cargo, it was also used to tow antitank weapons and as a platform for soldiers to mount their machine guns. In dire situations, it was also used as an ambulance to take care of the injured.

While Jeeps are no longer used for war or battle, the deep heritage behind these vehicles adds to its expensive brand image.

The Shortage Of Semiconductor Chips in the Market

The shortage of semiconductor microchips in the market that first came to light in the latter half of 2020 has also played an important role in increasing the prices of Jeeps. This shortage started with the disruption of the supply chain since many chip factories were forced to shut down.

At the same time, there was a huge increase in the demand for these chips since customers worldwide have been demanding more automated vehicles.

Ultimately, this resulted in a shortage of chips that heavily impacted the automobile industry, including the Jeep company.

The manufacturers were forced to shut down its 2021 Jeep Grand Cherokee production so that it could curb its financial losses from this fiasco. This, however, ended up increasing the price of jeeps in the market and has since become a major reason why Jeeps are still so expensive.

With all that being said, it’s safe to assume that Jeeps are expensive for quite a few valid reasons. Whether you’re a budding motoring enthusiast or an adventurer who would like to experience the thrills of off-roading and traveling dangerous terrains, investing in a Jeep would certainly be a good option as compared to other similar vehicles.