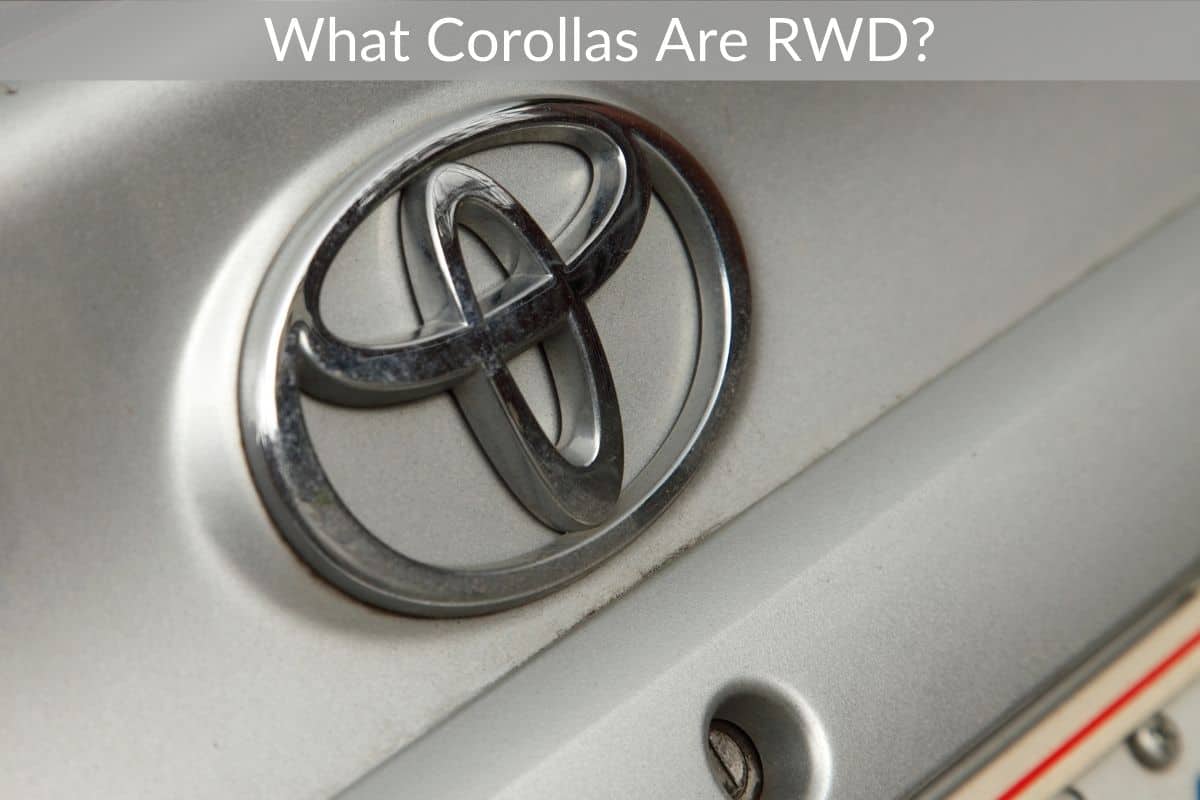 When you are buying a new car, there are lots of things that you need to think about. But one of the most important factors is whether it is front or rear-wheel drive. So

, are there any Corolla models that are rear-wheel drive?

Today, Corollas are only made using FWD technology. But this wasn’t always the case. Historically, they did have RWD cars. Keep reading to learn more about the rare RWD Corolla.

History Of The RWD Corolla

The Toyota Corolla has a rich history. The vehicle can be traced back to 1969. Despite this, there are only a couple of Corollas that were RWD.

After these models, the Corolla faded out the RWD models and have been making FWD Corollas ever since. The RWD models were replaced during the late 1980s. They were officially phased out in the 1990s.

Does Corolla Currently Have A RWD Model?

Since the AE85 and AE86 were phased out, all the Corollas have been front-wheel-drive models. As of today, Toyota doesn’t make any RWD or AWD Corollas (although they have talked about bringing AWD Corollas into the mix in the future).

Because of the benefits of FWD on smaller vehicles (which we’ll discuss later) they will likely remain committed to this direction.

Difference Between FWD And RWD

To understand why this change is so significant, we need to know the difference between FWD and RWD cars.

Some of the biggest changes include:

Why Did Corollas Switch To Be FWD?

This discussion has raised an important question. Which is better, front or rear-wheel drive? There are a few reasons why it makes more sense for the Toyota Corolla to be a front-wheel-drive car. Some of these include:

Often, it will depend on the circumstances. In this case, the Corolla was intended to be a reliable family car. It needed to be cheap to buy and inexpensive to run. It didn’t have to drift around corners either.

As a result, being a FWD vehicle is the most practical option.

More importantly, other car manufacturers have adopted the FWD approach. By sticking with this approach, they will be able to keep up with the competition.

For this type of vehicle though, RWD has become outdated.

While the switch to an FWD model had plenty of advantages, nothing is perfect. Here are some of the downsides that are the modern Corollas might face:

While this might spell some problems when making a sports car, the Corolla is a reliable family car. Because of this, many of these downsides can be overlooked.

After all, many of the handling problems will only become apparent when you are traveling at high speeds and you likely won’t be doing that in your Corolla.

Can You Make A RWD Corolla?

If you want to try driving an RWD Corolla, you will have to find an AE85 or AE86 model from the 1980s. This can be a challenge as they become more and more rare to find all the time.

There is another option you can explore, though. You can pay a mechanic to customize your car.

This will be a lot of work. The chassis should support the change, though you might need to strengthen it up. You’ll also need to change the transmission, to make sure that it is compatible.

You will need to spend thousands to complete a transition like this. The question is whether it’s worth it.

As I mentioned earlier, there are plenty of benefits to FWD. Unless you are planning to do some racing and need to have strong handling, the FWD will likely be the best choice for you.

There has always been intense discussion in the car community over whether RWD or FWD is the better option. Corolla has opted to embrace the FWD option, phasing out RWD cars a few decades ago.

This gives them a range of benefits like; fuel economy, low costs, and a reliable source of transportation. Plus, as long as you take care of them a FWD car should last for a long time.