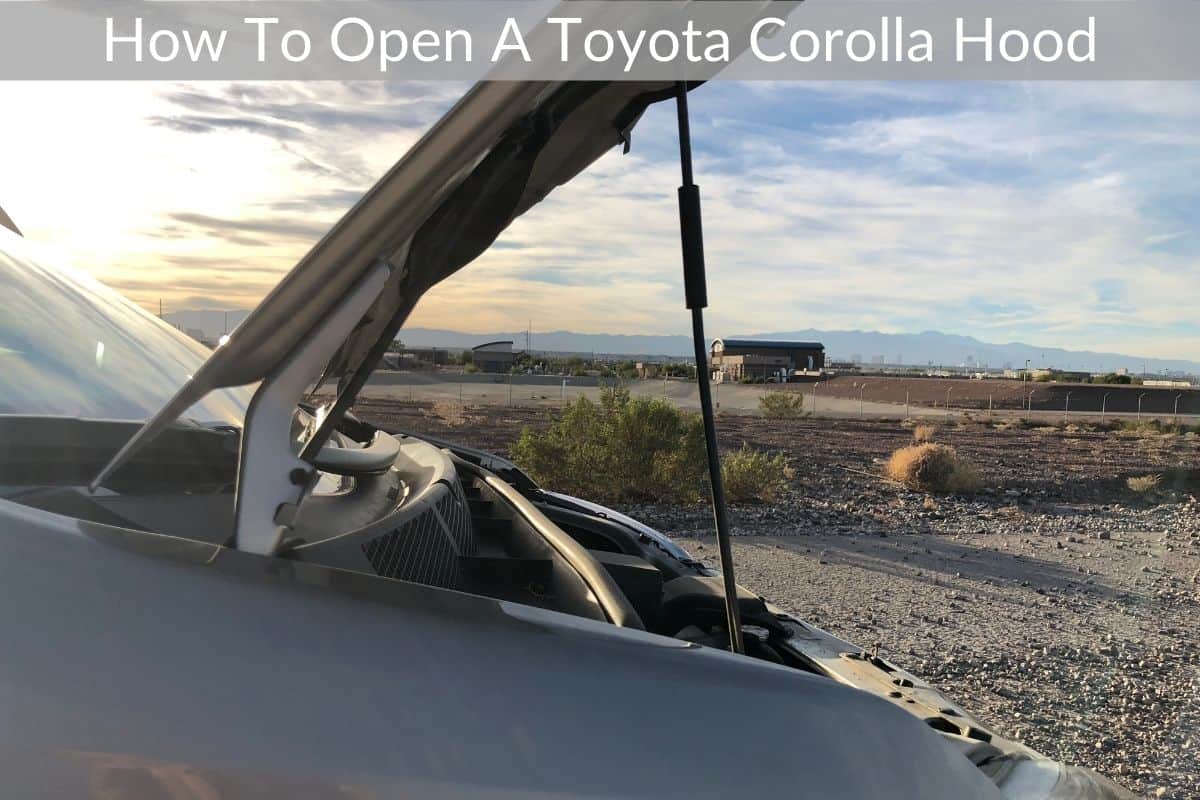 If you have a problem with your engine, you need to be able to open the hood to try and fix the issue.

The good news is that opening the hood on a Corolla isn’t a particularly difficult task. It should only take you a few seconds.

However, despite it being easy to do it can be confusing to figure out how to do it. That’s why I wrote this article.

Here are some of the steps that you will need to follow to open the hood. To see the most popular car gadgets just click here.

1.Make Sure it’s Safe To Open The Hood

The first thing to consider is whether it’s safe to open the hood of the car. This will depend on the circumstances.

If the engine has overheated and is spewing steam or fluids, you’ll need to wait at least 15 minutes before you open the hood. This gives the engine some time to cool down. If you open it too early, there is a chance that you will be sprayed with coolant.

This can seriously injure you.

Once you know it’s safe to open the hood, the first thing that you need to do is find the release lever. This is what will unlock the hood of your car.

The hood release will be located under the dash on the left-hand side. It will have an icon of a car with an open hood on it. Once you’ve found this, you’ll need to pull the lever.

As you do this, you should hear a click as the hood unlocks. You should also be able to see the hood open about an inch.

The next thing that you need to do is locate the auxiliary catch. This is designed to stop the hood from accidentally coming open when you are driving.

The auxiliary catch is located in the middle of the hood, just about where the Toyota logo is. To release this, you’ll need to pull up the lever with one hand while lifting the hood in the other.

Once the auxiliary catch has been released, you should be free to lift the hood. This should be fairly easy.

The hood will be reasonably light.

5.Lock it into Place

Once you have opened the hood, it’s time to make sure that it stays open. To do this, there are a few steps to follow:

In most cases, getting the hood open should be a fairly simple procedure, taking less than a minute. But it won’t always be this simple.

There are a few reasons why you might not be able to open a hood. This can include:

You must be able to open the hood in case of an emergency so getting it fixed when you discover it is a good idea.

Sometimes, you might need to replace the latch. This occurs when it has become rusty. This can be an expensive procedure as on average, you can expect to pay $160.

This will help prevent rust and debris from clogging up the hinge. As a result, the hood should open smoothly when you pull the lever.

Opening The Hood With A Broken Latch

Before you try this, you should make sure that the hood isn’t stuck. This is very simple. In this case, pull the lever inside the car.

This will help to release the hood. If it doesn’t open, slap on the hood, above the latch. This might jolt the hood free.

As I already mentioned, the latch inside the car might have become worn out. This can make it difficult for you to open the latch.

The good news is that there are some ways that you can get around this. All you’ll need is a screwdriver. Here are the steps that you will need to follow:

After you have done this, it might be a good idea to see a mechanic and ask them to fix the broken latch. This will ensure that you don’t need to get out a screwdriver every time you want to open the hood.

Once you have finished working on the engine, it’s time to close the hood. Before you can do this, you’ll need to put the supporting rod away.

Make sure that it is clipped securely in place. If not, it will rattle as you are driving along.

Once this has been done, close the hood. Before you walk away, check that it is secure. You don’t want it to blow open as you are driving along.

To check this, try lifting it. If it is secured by the latches you shouldn’t be able to do this.

Learning how to open and close the hood of your Corolla is an important skill. Thankfully, it should be as simple as pulling a latch. From there, you can lift it and prop it open.

You’ll then be able to work on the engine.

When you want to close it, simply remove the prop and shut the hood.