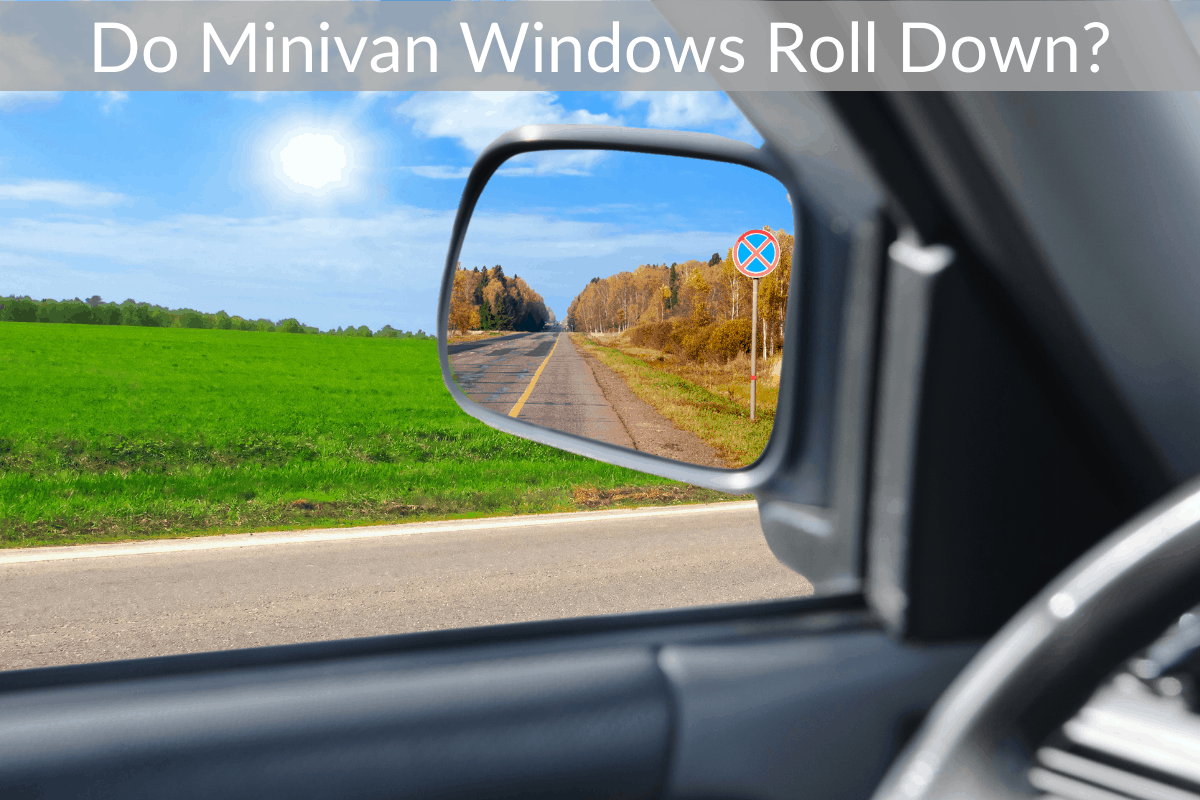 There are various features that a minivan has that appeals to us all. Starting with huge storage space to being comfortable for hours and hours, minivans surely are efficient vehicles. But would your road trips be as good as they feel if you had not the windows to look out of? It is never really fun when you are sitting inside a car with windows rolled up with tinted that diminish the beauty of the outside.

Having the ability to roll down the windows makes it a lot better of a trip but do all minivan windows roll down?

All modern minivan windows roll down in the front and second rows but the third row windows typically only open slightly outward as a “vent”. Older minivans actually didn’t have second row windows that rolled down prior to 2005-2008 (depending on the model).

So the third row windows only pop out as “vents” instead of rolling down for these reasons.

Today, we are going to focus on every aspect of a minivan that makes the car rides more entertaining and enjoyable. Yes, we are going to take a look at the kinds of windows that a minivan has and at their efficiency and how they work as well.

So buckle up and scroll along!

What kind of glass is used in the windows of minivans?

With an increase in accuracy and efficiency in technology, every piece of machinery has become better in its quality. Car windows too are now built to be more durable and longer lasting. They can now easily be fitted into the frames of the vehicles as well.

These windows are usually made up of two sheets of glass that are curved in shape with a plastic layer that is laminated in between the two sheets for additional safety. These are then bonded to the window frames of the minivans.

As already mentioned the windows are fairly easy to set up too due to the easy machinery available nowadays. It is also quite easy to clean and maintain the windows. You can very well do it yourself without having to visit a car wash or any special place either.

What are the kinds of windows in your minivan?

To be better acquainted with their vehicles, the driver or the owner must be well aware of the parts of their car. There are various kinds of windows in a car. If you are learning to drive, then this list of windows and what they are called would be an important enough lesson as it will be helping you in the future as well.

Below are listed the different  types of windows that a minivan has according to the position of the windows and also whether they roll up and down or not.

The primary function of windows is to protect us and the front windshield takes a major role in this function. The windshield is given the most crucial task of protecting the driver and the passengers of the vehicle from air and debris that might be kicked up while moving down the road.

It is the frontmost window and the entire building of the car depends on it to some extent or the other. If this part of the car were to be damaged it would cause the most destruction to the car as well as the people inside it.

These windows are the ones that are placed next to the driver and passenger seats. They can be rolled up or down as needed and in most newer minivan models, they are even made to be controlled by a button in the driver’s door that allows him to open or close them all.

The windows on the sliding doors are the next ones that you will see as we continue to move towards the back of the minivan. On all newer minivan models these back windows that are next to the second row seats do roll up and down.

Older minivan models will have these as stationary windows but they were made to roll up and down beginning in 2005 and by 2008 all minivan models had these windows movable.

The last window that you will see when looking at the side of a minivan is the one that is directly next to the third row of seats. The 3rd row windows DO NOT roll up and down but then do move in and out to allow extra airflow throughout the minivan.

We have now arrived at the rear of the minivan. This is just the opposite of the front windshield of the vehicle. It is especially important to keep this window of the car as clean as possible as it helps the driver to view the cars approaching from behind. For bigger vehicles such as minivans which are harder to maneuver this window pane must be kept clean for the driver to get a clear vision of the road behind him and the cars approaching via the rear-view mirror.

Can the windows of a minivan be rolled down?

The side door windows of all vehicles can be rolled down except for when they are fixed manually. They are used to not only marvel at the scenery outside but also for letting in the fresh air as and when required. As far as minivans are concerned, the back windows on the sliding doors and the front windows can be rolled down in all new minivans. .

Minivans are without a doubt very efficient. When they first hit the market, they made a super entry. Now with additional time, as their popularity has started to fade their prices too have started to go down slowly as SUVs have overtaken them as the family vehicle of choice.

There are however still many people who are interested in buying a minivan for short family trips or even long road trips. If you were thinking of buying a minivan this would be an ideal time to do so.

link to Is The Toyota Rav4 Quiet or Noisy? (Which Models Are?)

Nobody likes a noisy engine or car. You can try and drown it out with loud music, or try to talk over it, but a noisy car just seems to get louder when you try to beat it. A noisy engine might mean...

Continue Reading
link to Offroading With A Toyota Rav4: Is It A Good Choice?

Toyota designed the Rav4 in the early 90s to give people of a wider target audience the opportunity to have a vehicle like the larger Toyota SUV range for a more affordable price. The Rav4 was the...