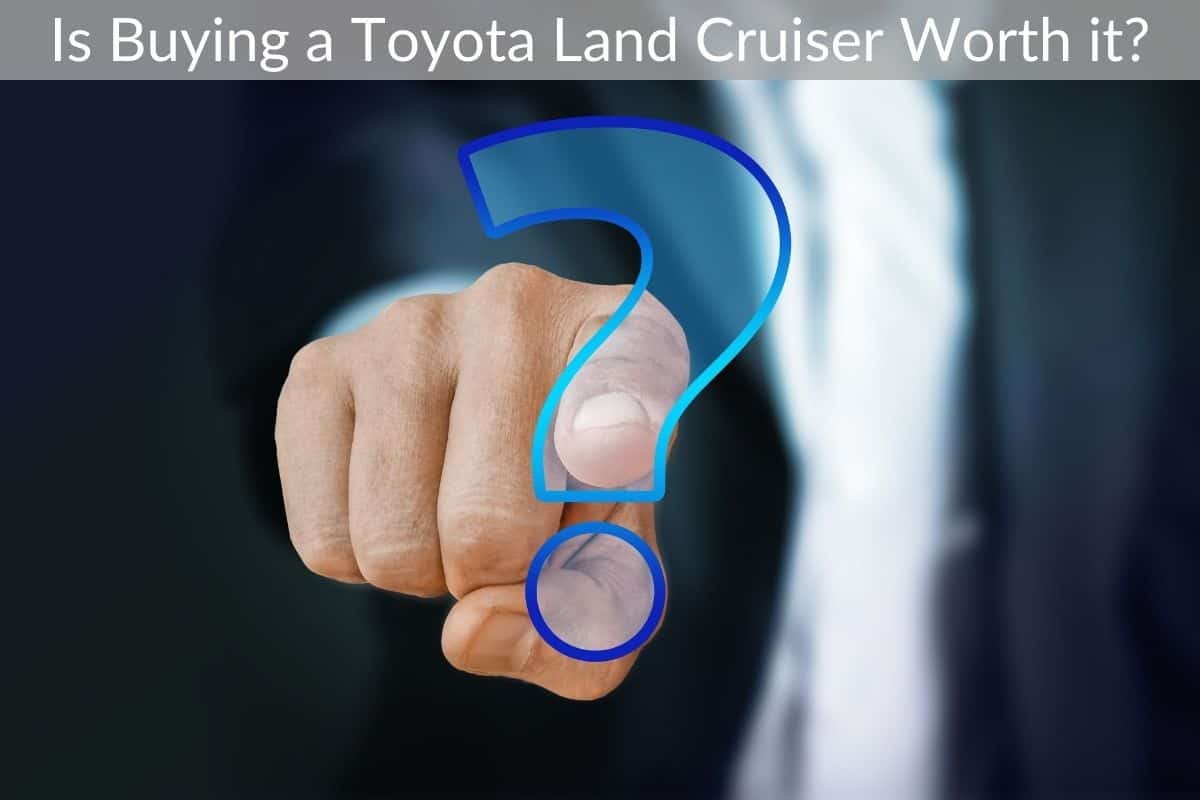 Have you recently been thinking that it’s time to buy a new car? We all know shopping around for a car can be a time-consuming and daunting process. It is, after all, a large investment and you want to know you’re going to purchase a car that’s “worth it”.

The Toyota Land Cruiser has been a popular Toyota car for 70 years and has been worth the expensive cost every year since its original development in the early 50s. The Land Cruiser is one of the oldest Toyota vehicles on the market today and is the perfect vehicle for off-road enthusiasts.

Researching the best vehicles to suit your needs before going out car hunting is a great way to start. If you’re a Toyota fan then we’re just going to give you a quick reminder of their engine efficiency and award-winning vehicles, like the Land Cruiser, developed by Toyota. Read on below for your friendly reminder.

Is Buying a Toyota Land Cruiser Worth It?

If you’re in the market for a tough, reliable, “unstoppable” 4WD SUV that will take you on thrilling off-road adventures and that is almost guaranteed to last well over 300,000 miles in its lifetime, then yes, it is worth buying a Toyota Land Cruiser.

Here is our definition of the words “worth it”:

We could go on for a while, so we’ll calm down here and just add that the Toyota Land Cruiser is all the above and more.

Although Land Cruisers are being discontinued in America, they live on in many other countries like Australia, China, Japan, and Middle Eastern countries like Lebanon and Qatar. A study conducted in early 2021 showed that the Land Cruiser is still the most popular car in 10 different countries.

You might want to consider a used Toyota and if so, you’ll probably still get more miles out of that than any other vehicle you’ve considered.

Toyota Land Cruisers are famous for lasting unimaginable miles on the road, are known as the king of the overlanders, are inexpensive in repairs, and are spacious enough to fit up to 9 passengers in some of their trims. Can you try and give us a reason why it’s not worth it to buy a Land Cruiser?

Are Land Cruisers worth Their Price Tag?

Toyota Land Cruisers might sound expensive when they come with a starting price of approximately US$85,000, but when you see how they’re made and how long they last, and why they’re so reliable, you’ll understand that they’re not exceptionally expensive after all.

Especially when compared with other similar vehicles on the market today that just don’t last the miles and come with larger price tags.

Land Cruisers are built to last, and they are almost entirely built by hand. Yes, by hand, not a machine. The materials used are stronger, thicker, and tougher than other cars on the road, and are basically designed to handle any terrain and environment you put this monster through.

Land Cruisers are also heavily relied on by Government and security agencies around the world and especially in countries like Africa where the terrain and environment are too harsh for other cars to handle.

Companies like Toyota Gibraltar Stockholdings sell Land Cruisers specifically for being able to absorb impacts of landmines in war-torn countries and to aid agencies like the Non-Governmental Organization (NGO) and the United Nations (UN) in administering assistance in humanitarian projects in developing countries like Africa.

Imagine being in a comfortable, leather-trimmed, air-conditioned, interior, while trekking through sand dunes or muddy lake lands and forests with the peace of mind that your trusty 4WD is going to get you through any type of terrain you come across. It sounds pretty good to us!

Here are a couple of other features we love about the Toyota Land Cruiser and think you will too:

Ready for an epic weekend of 4-wheel-driving?

Why is the Toyota Land Cruiser Being Discontinued?

The Toyota Land Cruiser is being discontinued on the American market because popularity has decreased over the years and the everyday family is becoming more interested in smaller SUVs that are cheaper on fuel and cheaper to purchase outright.

The Land Cruiser might not be the most expensive 4WD SUV on the market, but it still comes attached with a hefty price tag and American’s just aren’t willing t pay those prices anymore when off-roading isn’t a priority.

Here are a few reasons why the Toyota Land Cruiser will no longer be on the American car sales scene:

If you’re concerned that the Land Cruiser going off the market in the US is a reason not to buy one because of a shortage of parts and the necessary equipment to have it maintained regularly, Toyota has released a statement that parts will still be readily available globally and that Toyota services will still repair and maintain Land Cruisers.

Toyota is one of the most respected vehicle manufacturers in the world and is famous for providing some of the most efficient, good, reliable, and dependable cars we see on our roads today.

The Land Cruiser has been available every year since its release in America in 1958 and has had a strong reputation as being one of the best-selling brands of vehicle in the states since. The Land Cruiser is the reason why Toyota has such a good name today.

It is a crying shame that it has been discontinued in the US but we’re certain the Land Cruiser, which is well and truly “worth it”, will live on for a long time with its used models still being some of the most popular vehicles bought every day.