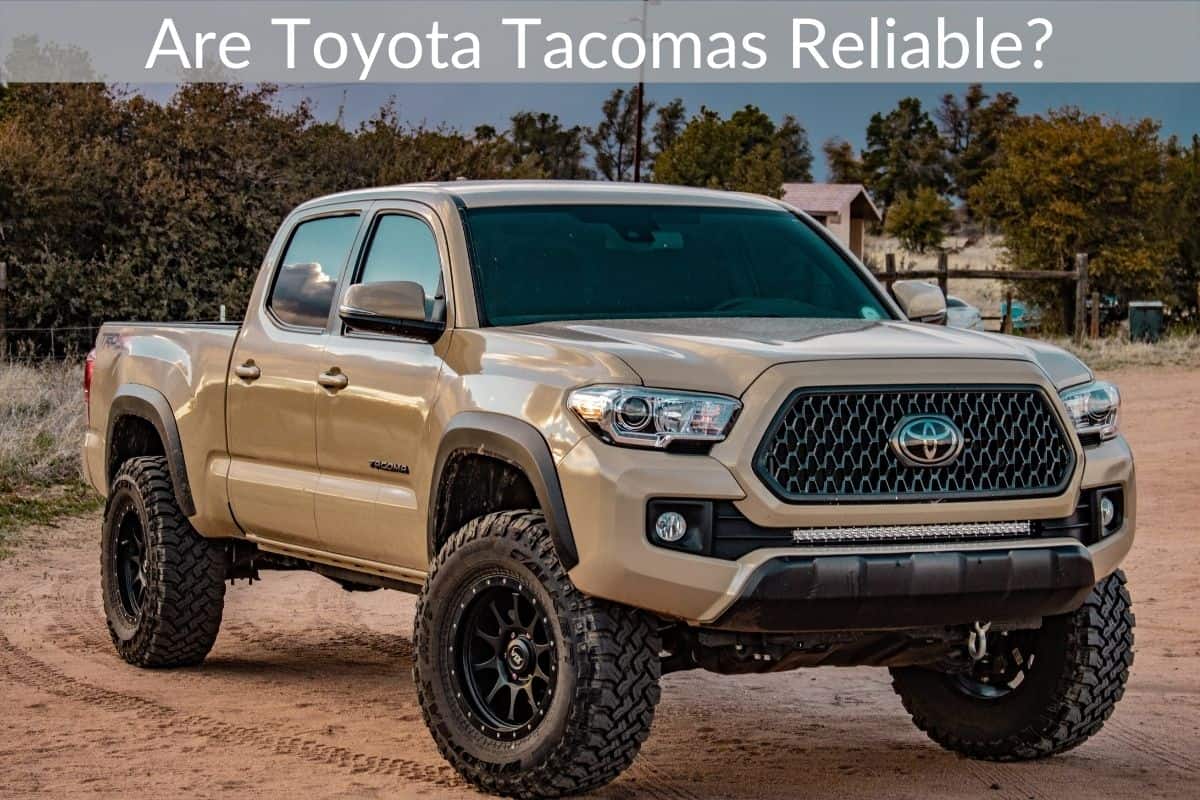 Over the past decade, U.S. News has rated the Toyota Tacoma as one of the top three compact pickup trucks. Additionally, the Tacoma is regarded as one of the best trucks for the money.

The Toyota Tacoma is an extremely reliable vehicle as evidenced by its continued high reliability rankings. Since it is made by Toyota and reliability is something they are well known for this is likely to continue long into the future.

There is no doubt that the Toyota Tacoma is one of the most reliable vehicles out there but I will go into more depth about its reliability below.

To see the most popular car and truck accessories just click here.

Being at the top for so long isn’t easy to achieve. Toyota, of course, is known for its reliability.

The Toyota Tacoma is predicted to be 77 out of 100 in regards to its reliability. Scores of 90-100 are considered excellent, while those in the 80-90 range are considered good, whereas scores of 70 to 80 are classified as average, and scores below 70 are considered fair and below average.

Most other cars depreciate over time, but Toyotas are the only ones that mark up the wins. But it doesn’t imply that Toyotas are always reliable, regardless of being the most popular.

The Toyota Tacoma was notoriously unreliable for a few years, despite its high overall rankings. Models from 2016 and 2017 were reported to have a variety of issues, including transmission issues.

You may use it as an off-roading vehicle, and it’s also a reliable work truck that can serve as a fine family automobile. Tacoma is a leading name if you’re looking for an all-around reliable truck, even if you buy it used.

Although reliability issues have plagued some Toyota Tacomas for years, it has remained on the top among compact trucks.

New and used models of this truck appeal to a wide range of people. If you notice how many old Tacomas back from the ’90s are still on the road today, this Toyota truck dominates the market.

As a testament to the Toyota Tacoma’s reliability, older vehicle models can be regularly seen in the wild.

I believe what sets it apart is its capacity to last for many more miles compared to its competitors. For as long as you take care of it, your brand new Tacoma today might survive until your kids obtain their driver’s license in 15, 20, or even 25 years!

Is The Toyota Tacoma A Good Choice?

The Toyota Tacoma is an excellent compact pickup truck, and most of the owners adore their Tacomas. A wide range of off-road performance characteristics is available on TRD-models, along with great towing capabilities.

This Toyota pickup is easy to operate with a basic smartphone connectivity system like Android Auto, Amazon Alexa built-in, and Apple CarPlay.

More engine power and a smoother ride are some welcomed additions to this truck. The Toyota Tacoma is a great choice if you’re looking for a well-equipped truck that can handle difficult terrain.

The 2.7-liter four-cylinder engine in the SR and SR5 models produces 159 horsepower. The 278-horsepower 3.5-liter V6 is likely to be the most popular choice.

While it isn’t particularly spectacular, it is more powerful than the four-cylinder and accelerates more quickly. Both lower models provide a V6 engine, while the V8 is standard in all subsequent trims.

According to Toyota, the base engine in Tacoma models gets up to 20 miles per gallon in the city and 23 miles per gallon on the highway. According to the class of compact pickup trucks, these numbers are well below average. In the city, models with the V6 engine can get up to 19 mpg, while they can reach up to 24 mpg on the interstate.

Both the manual and automated six-speed transmissions are available in the Toyota Tacoma. Most critics agree that the automatic transmission doesn’t do the trucks any favors, as it has trouble finding the proper gear sometimes.

The Tacoma is a little sporty, thanks to its precise steering and calm handling. Tough-tuned suspension, according to some, makes the Tacoma difficult to drive on anything but smooth pavement.

The Toyota Tacoma can tow up to 6,800 pounds when properly equipped. As a tiny pickup truck, it’s a good average figure. It can carry up to 1,685 pounds of cargo.

The Toyota Tacoma is well-known for its off-road prowess and good driver’s experience. As a result of their specific suspension tuning, shock absorbers, a locking rear differential, and skid plates, TRD Off-Road and TRD Pro trims are ideal for tackling the trails.

Overall, the Tacoma’s cabin construction is excellent. Seats and doors are made of high-quality materials, but the cabin is filled with harsh plastics.

Each of the most popular  bed lengths is available in Tacoma. There is no need for a bed liner because both beds have inner bed walls composed of a composite material. An adjustable tie-down system is built along the bed railing system.

A few storage areas are also available in the cabin, including secret storage behind the back seats.

Reliability ratings are significant when it comes to the Toyota Tacoma, but it’s also crucial to know what kind of warranty it comes with. A normal warranty is a great help if something goes wrong with Tacoma.

The good news is that the 36-month/36,000-mile limited warranty is standard on all new Toyota Tacoma models. A powertrain warranty of 60 months/60,000 miles is also included, covering things like the engine, transmission, drive system, and so forth.

As a standard feature, the Tacoma comes with a 60-month, unlimited-mile rust-through warranty as well.

The Toyota Tacoma received an overall safety rating of four stars from the National Highway Traffic Safety Administration, including a four-star rating in the frontal collision and rollover tests, along with five stars in the side crash test.

All in all, the Toyota Tacoma is an excellent choice among smaller pickup trucks, especially if you want to hit the trails. This Toyota also comes with a slew of convenient infotainment and safety features.

The Tacoma is extremely reliable and will likely continue to be that same way with each model made in the future.