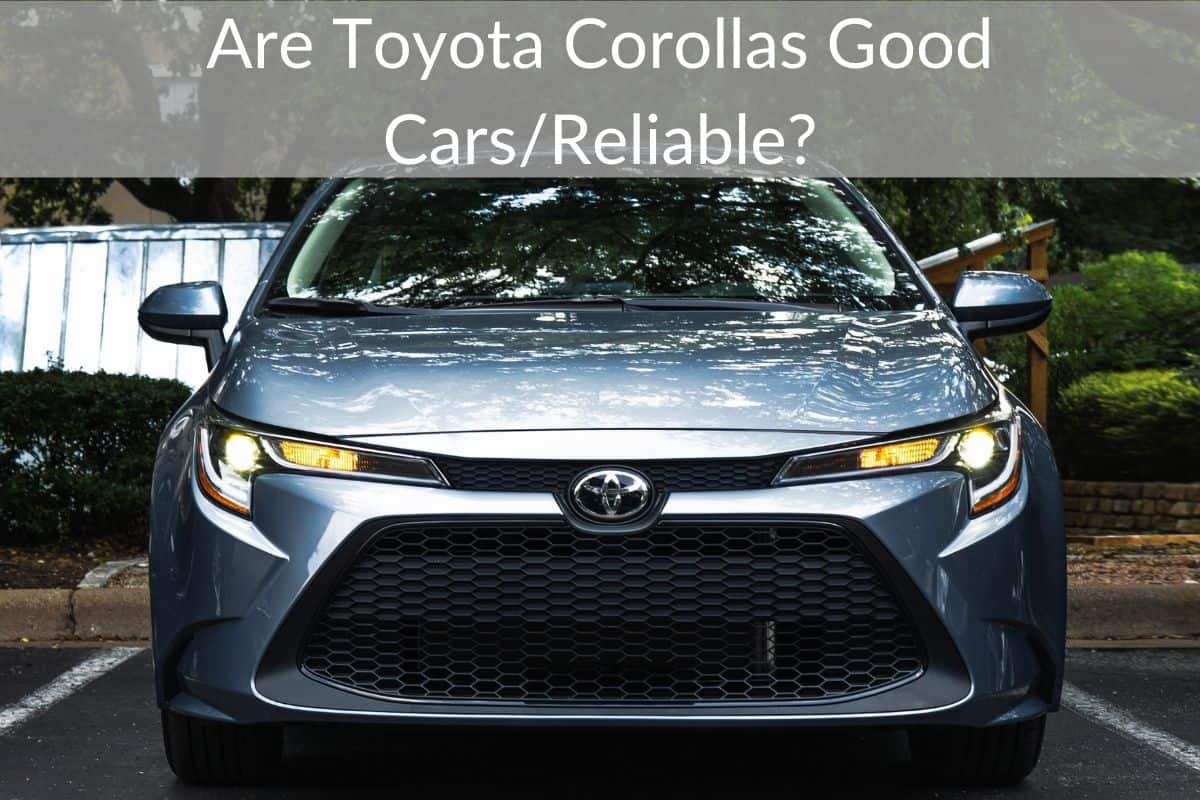 A staggering 1.02 million Toyota Corolla vehicles are sold per year by Toyota, making it the world’s best-selling car. The question is, how did Toyota Corolla become so popular despite having a simplistic approach?

One way that Corollas have stayed so popular over the years is their consistent reliability. Just like the Toyota Camry, the Corolla can last decades with the proper maintenance and upkeep!

The Toyota Corolla is an extremely reliable car and it is a perfect choice for those people who want to have a good car for many years to come.

Let’s have a look at the pros and cons of owning a Toyota Corolla, which will help you decide if Toyota Corolla is the right car for you.

To see the most popular car accessories just click here.

6 Advantages Of Owning a Toyota Corolla

When you are considering buying a Corolla it is important to look at some of the pros and cons of the vehicle. In this section I will cover 6 of the major advantages of the Corolla.

According to Consumer Reports’ annual reliability rankings, Toyota ranks second with a reliability score of 78 out of 100. According to many Toyota owners, this is just one of the several benefits to owning a Toyota automobile.

J.D. Power has awarded the Toyota Corolla a five-out-of-five rating for predicted reliability for the second year in a row. Corolla’s reliability gives buyers peace of mind, and that’s undoubtedly a game-changer.

When buying a Corolla, buyers may rest assured that they’ll get the most out of their money.

In today’s world, some automakers place more emphasis on aesthetics than on the functionality of their vehicles. Unlike other cars, Toyota Corolla may not be incredibly enticing or exciting, but they are super safe.

In the Toyota Corolla, the Toyota Safety Sense 2.0 is standard equipment that prevents accidents.

With the Safety Sense 2.0 suite, some trim levels additionally provide sign recognition and lane tracking. Customers have been more loyal to the brand because of its reputation for providing a sense of security.

Many consumers prefer the Toyota Corolla because of its excellent fuel economy as manufacturers progress toward zero-emission vehicles and buyers want higher fuel efficiency to save money.

These figures apply to all models, whether equipped with the base engine and manual transmission or the continuously variable transmission.

A combined highway and city fuel economy of 34 mpg is possible with the Eco engine. So, no matter which model you buy, you won’t get less than 30 mpg on the highway.

Moreover, the Toyota Corolla also offers a hybrid engine, which achieves a fuel efficiency of 50 mpg in the city. According to Corolla’s powertrain layout, the gas-powered variants get up to 31 mpg city and 40 mpg highway.

With a low stance and large sports grill, the Toyota Corolla boasts an edgy exterior style that’s sure to turn a few heads on the street. The manufacturers have also used a low-profile design for the standard LED headlights and taillights on the vehicle’s exterior.

A powered sunroof, dual chrome exhaust tips, and heated mirrors with turn signal indicators have also been added to the list of possible options. This compact car’s strong appearance is sure to attract the attention of shoppers who are eager to make a statement.

The Toyota Corolla is available with six different trim levels. Buyers can mix and match upgrades and additional equipment thanks to the diversity.

The Corolla L has a standard 7-inch touchscreen display, Safety Sense 2.0 security suite, WiFi hotspot, and Apple CarPlay, to name a few of the basic amenities. The consumer can then choose between the LE, SE, XLE, and XSE trim levels. There’s also the Corolla Hybrid, which has its own set of features.

The Toyota Corolla offers good connectivity possibilities for Apple mobile devices. Apple CarPlay and Siri HandsFree are standard features, allowing users to get the most out of their Apple devices. Additionally, the Remote Connect option is accessible.

Owners of Apple Watches may now find, start, and handle certain aspects of their Corolla with this pricey upgrade. Non-Apple users can use the Corolla with other mobile devices.

A seven-inch infotainment touch screen is a standard feature for the Toyota Corolla. It is a prominent component of the space and stands out in contrast to the minimalist style.

Only a few switches and gadgets affect the driving experience on the inside. It also has a built-in WiFi hotspot as part of the package.

Each Toyota Corolla also has an Apple CarPlay and Siri voice recognition as standard. Piano black accents on the interior trim add to the sleek look.

There are several options available on the Toyota Corolla for those who enjoy a thrilling driving experience. It has a new suspension system that makes the ride more comfortable and smooth. Sport-tuned suspensions are available on some trim levels to give the vehicle a more sporty feel.

The car can also be equipped with paddle shifters on the steering wheel and an optional sport driving mode to maximize the performance of the more powerful engine.

2 Disadvantages of Owning a Toyota Corolla

The Toyota Corolla features less head and legroom for the rear passenger than the older models. In the back, adults may feel tight even though the vehicle says it seats up to five passengers.

Cargo capacity in the trunk is below average at 13 cubic feet, and the 60/40 split back seat does not thoroughly fold down, limiting cargo capacity.

The Corolla’s base engine isn’t very good at handling. Many drivers find the vehicle lacking in power, which leads them to upgrade to the more powerful 2.0-liter engine.

To sum up, the Toyota Corolla has many more advantages than disadvantages, making it a good car and a reliable choice. The all-new Toyota Corolla is sure to catch the attention of automobile consumers looking for something unique in the compact car segment.

The compact car class is brimming with fuel-efficient vehicles that are practical and affordable for daily use. According to the automaker, Toyota has been manufacturing the Corolla for decades, and its new version will take the boring little vehicle concept to exciting new heights.

The Toyota Corolla has been revamped from the ground up, and there have been significant advancements in many areas. What was already a popular and intelligent pick for many consumers is now even better!